A look behind the scenes with Race Director Wolfgang Wörgötter

After completion of the first week of these Biathlon World Championships Race Director Wolfgang Wörgötter provided a look behind the scenes and shared some background information about his responsibilities and experiences as part of the organizing committee (OC).

How long have you been dealing with biathlon already? Did you organize other events before?

“I have been working in the world cup as part of the OC team for two years now.  Prior to these World Championships I have already been concerned with biathlon for almost two decades. During that time, I mostly worked as a normal staff member at the shooting range. In short, this is my background.”

The first week of these World Championships is over now. How relieved have you been, when the event finally started?

“Relieved might be the wrong expression, but of course we have had a long time of preparation. However, some things were still missing on D-Day. In any case, we are very lucky with the weather. As we didn’t have additional efforts regarding fresh snow, we knew that we would get ready with all preparations in time. That is pretty reassuring, though. Nevertheless, the dimension of this event, the number of staff members involved and the extensive interest on behalf of the media, in comparison to the World Championships in 2005, still surprised me.”

Needless to say, the amount of work regarding the preparation for this event was extensive. How long does it take to organize an event of that dimension?

“I think it depends on the event. In fact, our team started working for these World Championships already one to one and a half years ago. For all staff members in Hochfilzen it is a big advantage that our Head of OC, Franz Berger, lives here and therefore was part of this project already from the start. He was also involved in the adjustment of the existing buildings as well as in the construction of new premises. Moreover, we can contact him for any questions almost day by day and all day long. The final preparation phase started in the end of November with the application of the snow and the hosting of the Junior Cup in December. From that time on we managed to fulfil our tasks step by step.”

Could you share some details regarding your tasks and responsibilities in advance of this event?

“I rather like to do things on my own.  Together with the Course Director, I applied the track with snow. Already from the start it was very important for us that the track’s course was optimal and that it was accurately marked. With regard to the track’s width we had to adjust to the IBU’s requirements. In the beginning there were only few people who were involved in the preparation process. However, the closer the opening date approached, the more staff members had to be coordinated. It is very important to delegate the tasks properly because it is harder to correct mistakes than to motivate people for reasonable activities.”

Was there any situation in the course of the preparation phase that you remember as particularly positive or rather difficult?

“No, surprisingly not. I have to admit that the whole preparation till D-Day as well as the first week of competitions went really well. Of course some small things are always coming up, but we didn’t have any stressful situation in which we forgot something essential or where something went completely wrong. During the last two or three days before the start of the competition one takes a lot of notes about the things that still need to be done or that have to be changed. Of course, we felt the high expectations and asked ourselves “Did I do everything right?”.”

What has been or will be the highlight of these World Championships for you? Is there any competition you particularly look forward to or have been looking forward to?

“No, actually not. I like every type of competition, that’s why I enjoy being here. Of course it is most exciting when you don’t know who’s going to win until the end. It would be fantastic if our athletes   would be play a decisive role and we could hope for a medal until the end of the competition. This would be perfect and in fact is our goal.”

Such a big event entails a lot of post processing as well. How much work respectively what kind of tasks awaits you after the World Championships?

“By using all available equipment and staff we will try to demount the major parts on the track by Sunday evening. With regard to the last years, we managed to also finish the most important work and the dismounting of the fences at the shooting range already on event’s last day.  We all help together and hope that the weather won’t be too bad.”

Will you have some days off after the World Championships?

“No, actually not, because basically I’ll have to be back at work again. I will still be here in Hochfilzen on Monday and will help to tidy up. Apart from that, I’ll continue with my normal job routine.”

So your next project has nothing to do with biathlon?

“I’m also involved in cross country skiing. Next week, I’ll be working in Sulzberg as a technical delegate of the FIS. In addition, there will be a Continental Cup in St. Ulrich the following week. I’ll try to work some days here in Hochfilzen, but then I’ll have to be present at the upcoming events. Winter is not over yet. This season’s final event will be the federal championship in Hochfilzen in March. After these two days of competition it won’t be that busy anymore. “ 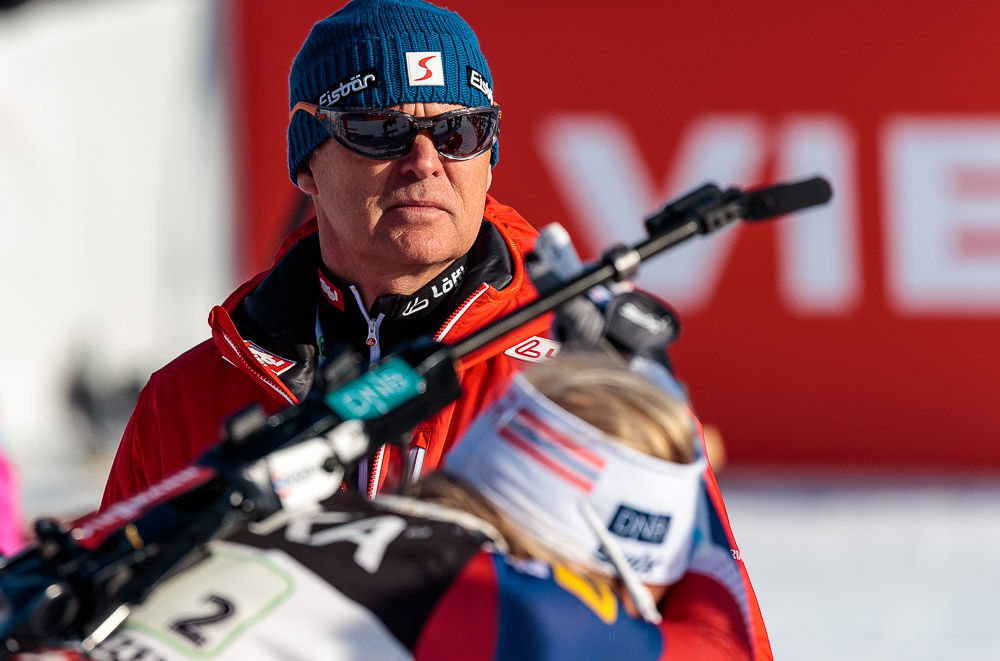