After the sensational victory of US athlete Lowell Bailey in the Men’s 20K Individual the emotional medal ceremony was celebrated at the Medal Plaza Thursday evening. 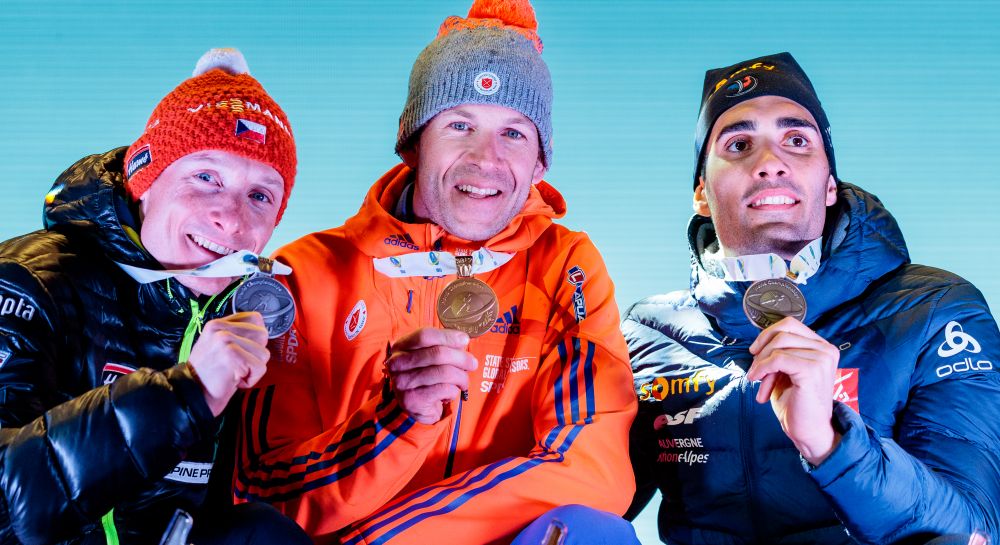 Besides the winner from Lake Placid, also Czech athlete Ondrej Moravec (Silver) and the French World Cup dominator Martin Fourcade (Bronze) were awarded for their outstanding performances. For Max Cobb, executive director of the US biathlon team, it was a great honour to hand over the medals. In the subsequent interview Martin Fourcade pointed out to that competition’s extreme thrill and his happiness about Bailey winning Gold as it creates variety on the podium. The numerous fans at the Medal Plaza agreed with his statement “Lowell makes America great again!” and gave Fourcade a big applause. Moravec admitted that he did not think about Bailey at all and rather expected the Norwegian Johannes Thingnes Boe to be amongst his closest competitors. Nevertheless he further stated that it was a wonderful moment to share with Lowell. Also in the evening the new World Champion was still not able to express his feelings as for him “everything was still unreal and like a dream”. Bailey particularly thanked his team, which had supported him since his early days as an athlete for almost two decades now and was grateful to share this special moment with them.