Biathlon WCH at the “Day of Sports“ in Vienna

The Biathlon WCH Hochfilzen 2017 was able to present itself to large audience at the Day of Sports in Vienna. The shooting range fascinated thousands of visitors and stars from all types of sports.

The Day of Sports in Vienna has been a magnet for the public for 16 years that attracted roughly 300.000 visitors once again this year. The Event offered an excellent stage for the upcoming IBU World Championships Biathlon in Hochfilzen. Giving interviews and presentations on stage aside, OC-Chairman Franz Berger was available for question from the media as well as representatives from sports and politics. “The Day of Sports has been a very important event to us. We have been able to convey the enthusiasm for the sport of biathlon directly to the many visitors”, said Berger.

The attending biathletes Simon Eder and Felix Leitner weren’t just busy writing autograhs and giving interviews, they were also called to the main stage where they received due honors for their performances during the last winter season. Double Junior World Champion Felix Leitner showed how big the anticipation for the home-WCH is in particular. “Starting at the WCH would the greatest thing ever. I will definitely do my very best to do so”, the twenty-year-old said fiercely.

The biathlon shooting range was also crowded as the audience could get a hands-on experience for the fascination of biathlon. Simon Eder showed how to do it and alpin ski racers Eva-Maria Brem, Katharina Gallhuber, as well as, Nina Ortlieb followed his example and proved to be naturals at the shooting range. Even the “Ski-Eagles” didn’t want to miss the opportunity for a peak into the world of biathlon. “I’d probably master shooting, however, I wouldn’t have chance in cross country skiing”, ski jumping star Manuel Fettner said smirking.

The IBU World Championships Biathlon will take place in Hochfilzen from February 8 to 19, 2017. “All preparations are on schedule and we have already sold more than 70.000 tickets”, reported OC-Chairman Berger to the Secretary of Defense and Sports, Mag. Doskozil as well as to the President of the Austrian Military Sports Association, Major General Pernsteiner. Overall more than 150.000 spectators are expected to attend the WCH. 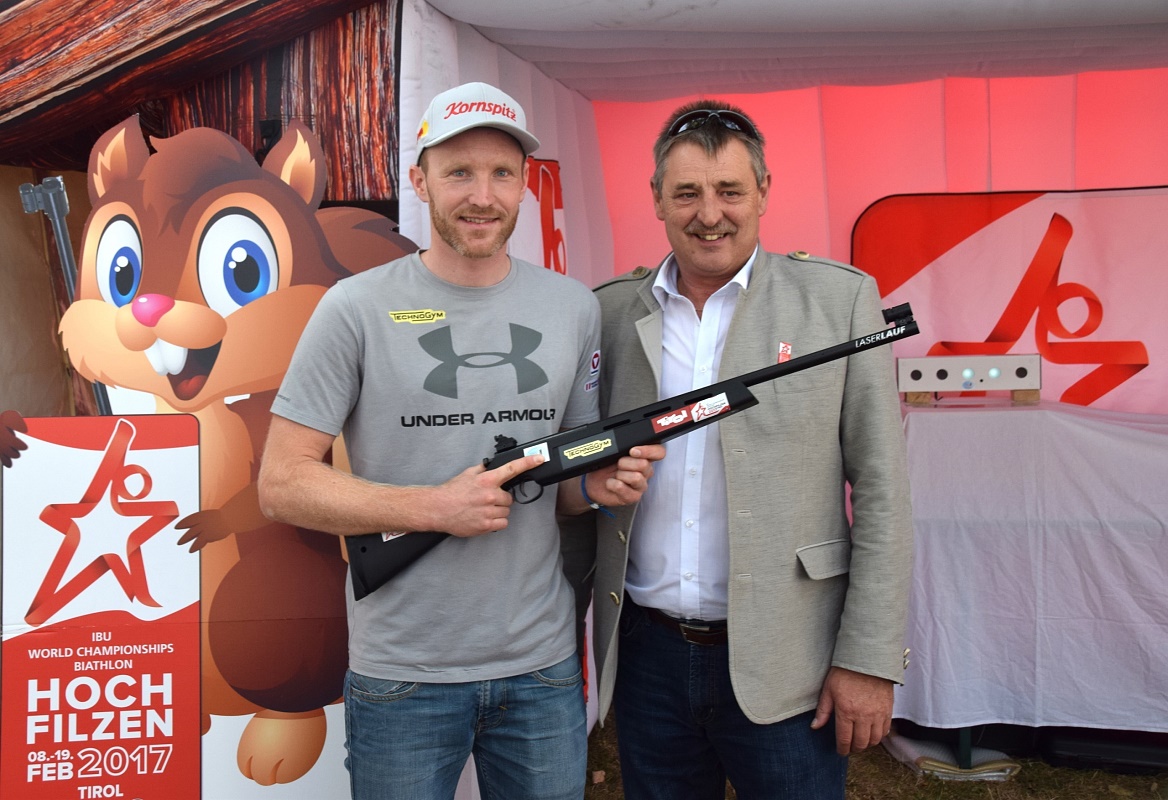 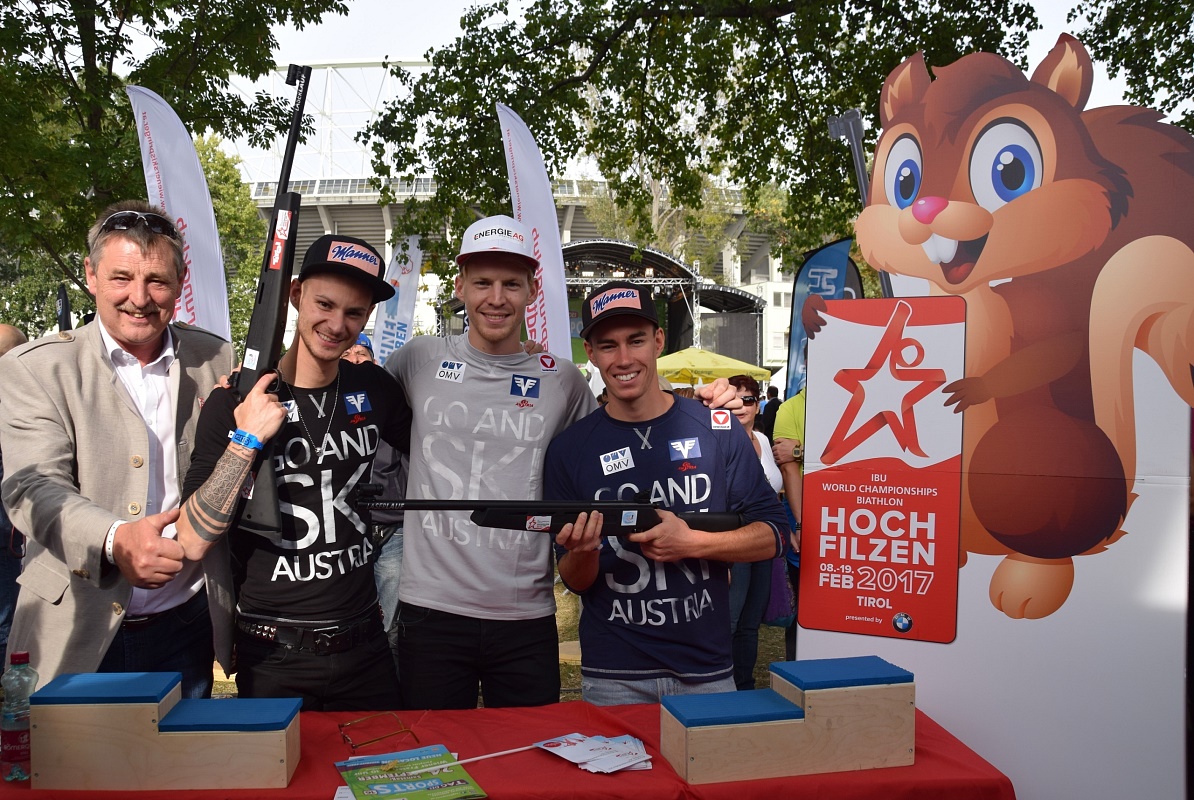