After the battle for the third position at the men’s Relay the Austrian biathletes Daniel Mesotitsch, Julian Eberhard, Simon Eder and Dominik Landertinger received their well deserved medals at the Medal Plaza in Hochfilzen. With the cheering home crowd the bronze medal was celebrated just like a victory. 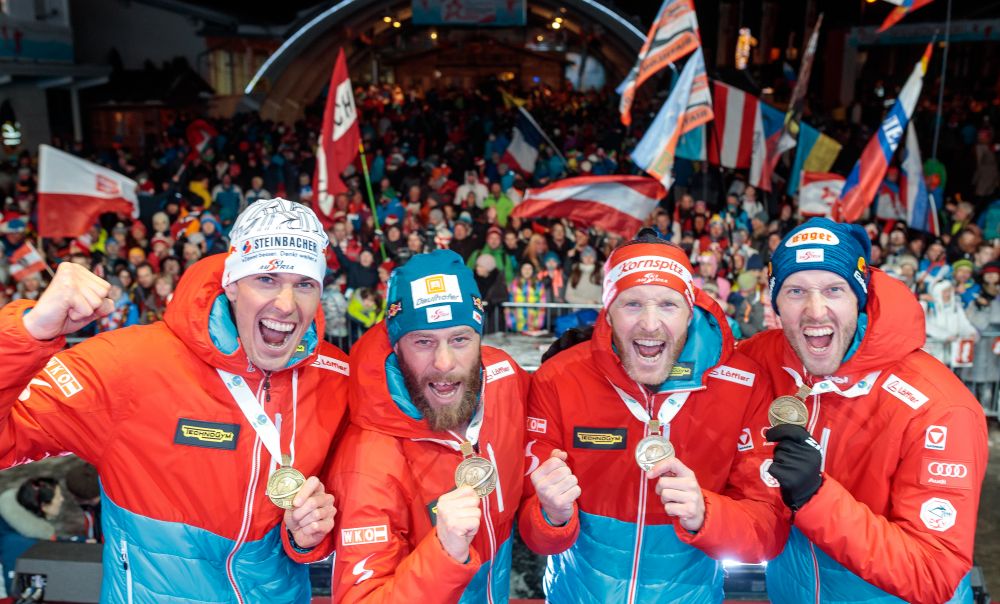 The team from France consisting of Jean-Guillaume Beatrix, Quentin Fillon Maillet, Simon Desthieux and Martin Fourcade was handed the silver medal and the Russians (Alexej Wolkow, Maxim Zwetkow, Anton Babikow und Anton Shipulin) were given gold. Not even the wrong Russian anthem could cast a cloud over the World Champions. They simply took over the microphone and spontaneously showed their singing talents.

The Austrian team not only celebrated on stage but also at the TirolBerg afterwards. Especially Daniel Mesotitsch enjoyed the night as he won’t line up for the Mass Start.