Dahlmeier goes down in history and Eder takes second bronz

Two times Mass Start, perfect weather, awesome scenery – a fascinating final of these World Championships that will go down in biathlons history. First Laura Dahlmeier took her first gold medal at these WC. Then in a dramatic Mass Start Simon Eder made his second bronze medal within 24 hours behind Simon Schempp (GER) and Johannes Thingnes Boe (NOR). On the final day there were 22.100 visitors at the stadium.
But one after the other – Women’s Mass Start World Champion is Laura Dahlmeier. The 23 year old German won her fith gold medal in Hochfilzen. Due to perfect shooting the US American Susan Dunklee took silver and Fin Kaisa Mäkäräinen bronze.
Super exciting was the men’s race, Schempp decided the race on the track. The fight for silver and bronze was between Boe and Eder who each took position two and three. 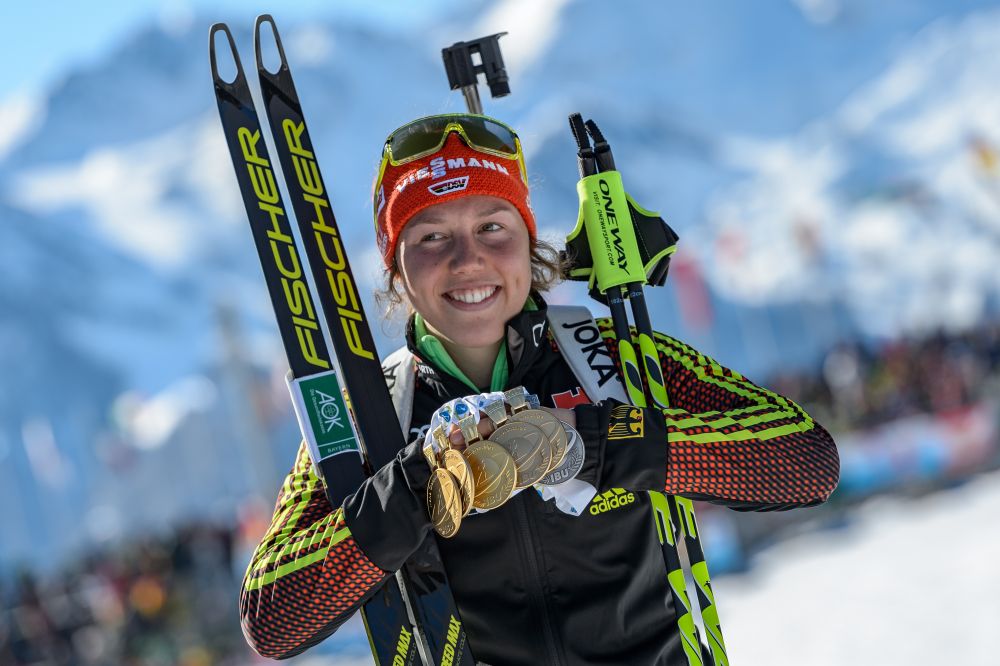 Simon Schempp (GER):
“Today it was my perfect race! After the last shooting I was sure that I was able to win because I felt good on the track. On the last uphill I gave all I had. Also my skis were perfect today. I am very happy.”

Johannes Thingnes Boe (NOR):
“I think my start with three clean shootings was perfect. After having a penalty at the last shooting I thought my medal was lost but once again I saw Lowell in front of me and suddenly it was a new fight for the podium. Winning three medals at World Championships are strong but nevertheless I still regret the missed Gold in the Sprint. But with three Silvers you can’t be really angry about it.”

Simon Eder (AUT):
“It is really difficult to get an individual medal and not many athletes can make it. I was not really shocked about Simon’s attack. Unfortunately, I didn’t have the best legs on the last loop and on the last uphill I knew that Simon was faster than me. I also didn’t have enough power to stop Johannes. Now I am looking forward to the next World Cup stations. With my two medals of these World Championships this season is now perfect. This Bronze is the biggest achievement in my career!” 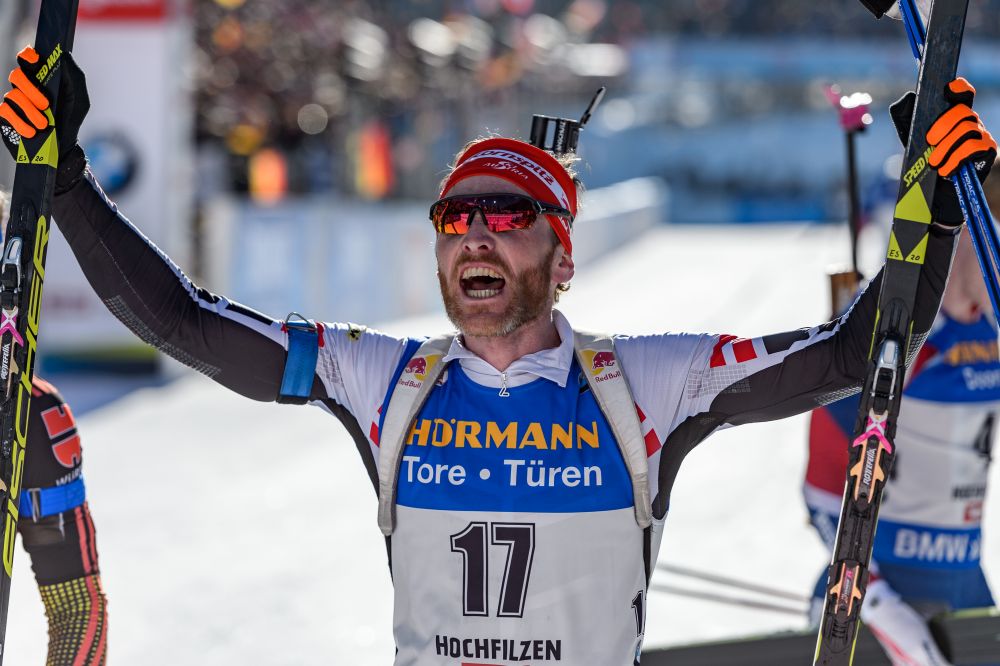