Gala dinner on behalf of sports

The association of rifle Pillersee and the brass band Hochfilzen provided the atmosphere, the VIP tent at the World Championship stadium the appropriate setting – with the welcoming reception of the federal state of Tyrol at the Biathlon World Championships in Hochfilzen they organized a real highlight at the end of the first week of competitions. 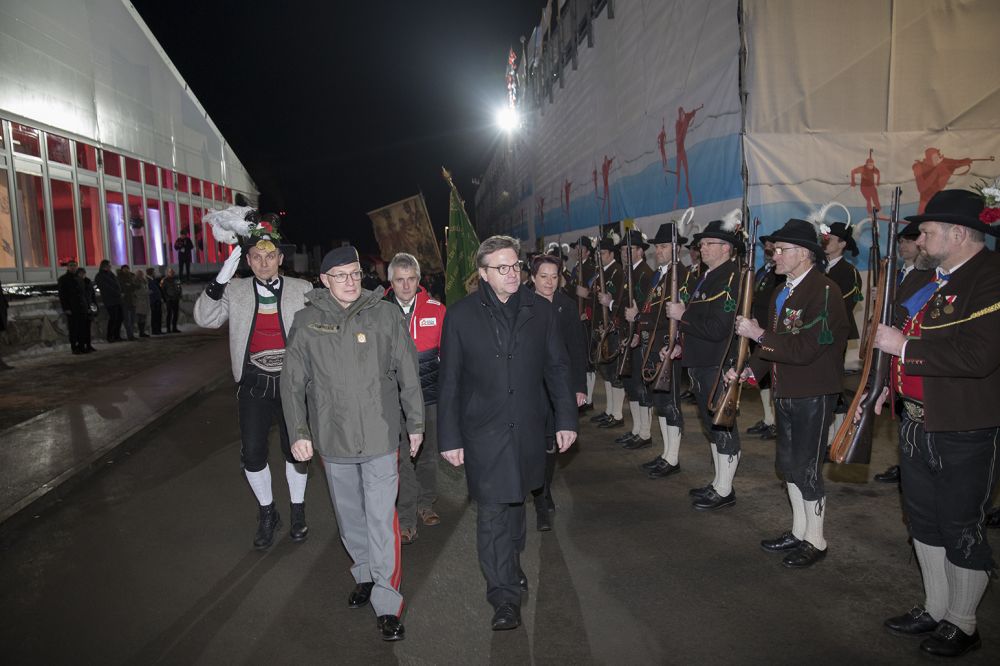 In his speech, Tyrol’s governor Günther Platter emphasised his satisfaction about this event: “The Biathlon World Championships in Hochfilzen can be regarded as first class event. Over the past decade, biathlon has developed to a sport that is able to draw large audiences and to guarantees for good quota. The World Championships again provide the Tyrol with the opportunity of presenting itself in the best way possible and to reinforce its reputation as a top sport and tourism destination.”