The event location at Hotel "Löwe" was bursting at the press evening that was organized by the Austrian Ski Team (ÖSV) and the local organizing commitee.

In their opening speech ÖSV general secretary and IBU vice president Dr. Klaus Leistner as well as head of press Josef Schmid again honored the commitment of the state, the town of Hochfilzen and the Austrian army and thanked all international media agents for being there. They pointed out that their work shows the importance of biathlon.

The event’s highlight though was when IBU-President Anders Besseberg spoke about the team spirit and solidarity within the biathlon family followed by the award giving to Mag. Jo Schmid. The head of press of the ÖSV was decorated with a medal for his special contribution to the sport by the International Biathlon Union. In front of Head of Military General Staff Othmar Commenda, TÜPL commander Franz Krug, mayor Konrad Walk, EBU head of sport Ingolfur Hannesson, Mag. Jo Schmid was very moved and thanked everyone for the award. 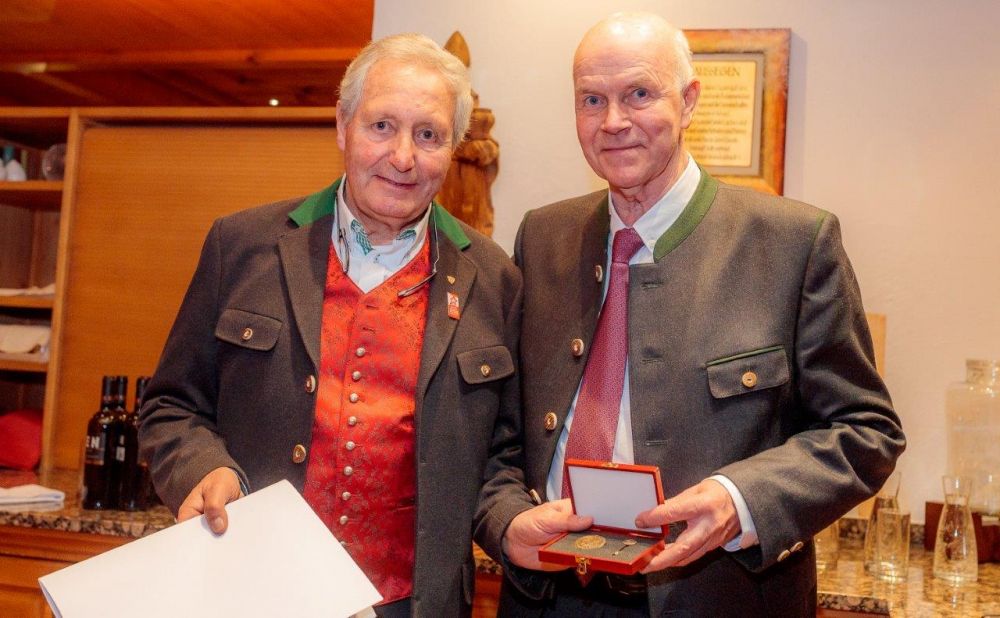