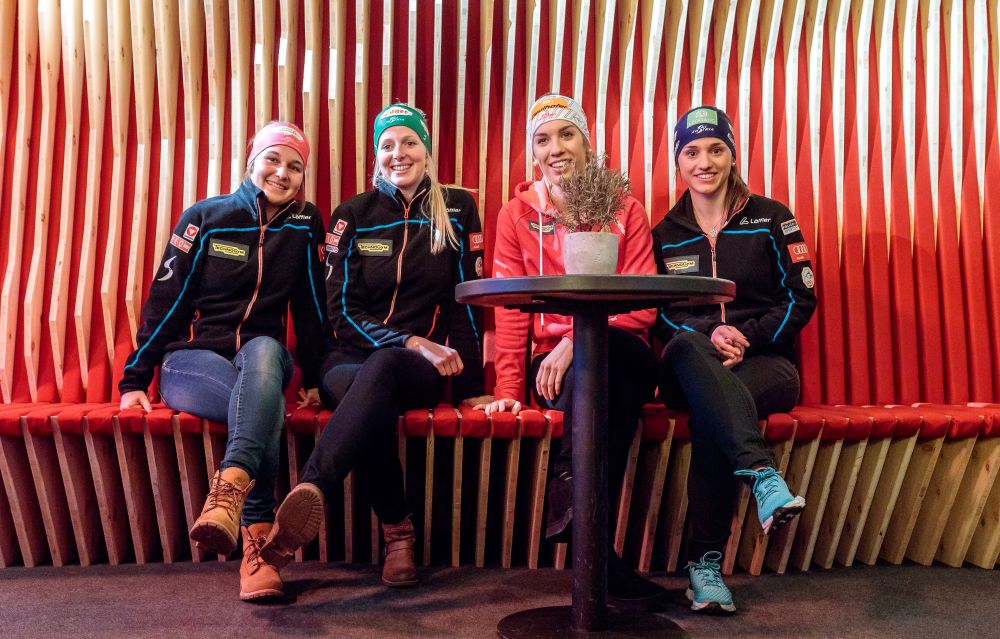 After a rough start into the first week of the World Championships the Austrian biathletes used the two days off for some rest.

Coach Reinhard Gösweiner is optimistic: “Stress and the pressure on us are over now. We know where we are standing – on the track as well as on the shooting range – so as everyone could reflect on the past days we are ready to give everything now.”At Tuesday’s press conference at the Tirol Berg in Hochfilzen he together with the atheletes talked about their performances.

Dunja Zduoc and Simon Eder are confident and happy to be back in shape after both of them had to deal with health problems all January. For Eder a medal is still the big goal while Fabienne Hartweger’s goal is not on taking a certain position at the following race: “I want to check off my to do list at the shooting range and will take on the tasks of the race.”

Although the WC did not come out as wished for the Austrians Julian Eberhard still is optimistic: “It’s important to talk about what was good about the races: So far we’ve seen biathlon at it’s best. The organization committee has done a great job and the races were spectacular – just biathlon how it is. And that’s how it’s supposed to be.” First time starter Christina Rieder has followed the races on-site and could experience the atmosphere first hand. That’s how she worked out a strategy for her first competition: “The most important thing is to keep an eye on the wind flags and react immediately, then it’ll be a great race for me as well.”

With his layed back mindset experienced Daniel Mesotitsch will head to the finish line on Thursday. Although he was not nervous at previous races, there has been a little bit of pressure on him he said:. Lisa recalled: “It’s not about my self confidence right now. If I would have had a clean fist shooting it would have been a great race.”

Suspense is guaranteed at the following races – the Austrian athletes want to use their chances.