The OC-Team around Franz Berger along with the Tourism Association PillerseeTal is currently on a PR-Marathon. The IBU World Championships Biathlon is the main theme all around – from the Tyrolean Evening in Vienna to the forum nordicum in Lahti, Finland.

OC-Chairman Franz Berger and his team are constantly travelling to promote the IBU World Championships Biathlon Hochfilzen.
The WCH has been presented on the main stage with many interviews and a biathlon shooting range to 300.000 attendants at the Day of Sports in Vienna. Once again biathlon was the main theme in Vienna only a couple of days later. Sports and therefore the Biathlon World Championships took center stage at the Tyrol-Reception in the capital. Tyrolean Governor Günther Platter, OC-Chairman Franz Berger, tourism association chairman Bettina Geisl and executive Florian Phleps, as well as, Konrad Walk, Mayor of Hochfilzen have been showcasing the World Championships. Former biathlete Fritz Pinter gave some professional pointers at the biathlon shooting range and filled the many invited representatives of business and politics with much enthusiasm. “Vienna is a very important multiplier to us, both at mass events as well as at social occasions”, said OC-Chairman Franz Berger.

Focus on Media Representatives
Journalists followed the invitation to a press-journey to Hochfilzen by the tourism association in large numbers. “We want to present the WCH and especially the region of the PillerseeTal and the entire Tyrol to the journalists”, said tourism association executive Florian Phleps. Journalists were able to review their skills at the WCH-shooting range and to get to know the region throughout a diversified program. Subsequently the biathlon delegation travelled to Lahti, Finland for the forum nordicum. “Hochfilzen is a total model project that we have to present to the media accordingly”, said Markus Gandler, Sports Director for Cross Country and Biathlon of the Austrian Ski Federation, who, along with Franz Berger, presented the news and the extensive program WCH-program to the who-is-who of Nordic Sports media.

Construction Work finished by the 31st of October
Construction work for the IBU World Championships Biathlon is in its final stages. New buildings and reconstructions will be finished by the 31st of October and the official handover of the facility will follow on the 8th of November. Construction for the temporary grand stands will start mid January. More than 70.000 tickets have been sold so far and OC-Chairman Franz Berger is confident that “we will be welcoming more than 150.000 spectators to the WCH Hochfilzen.” 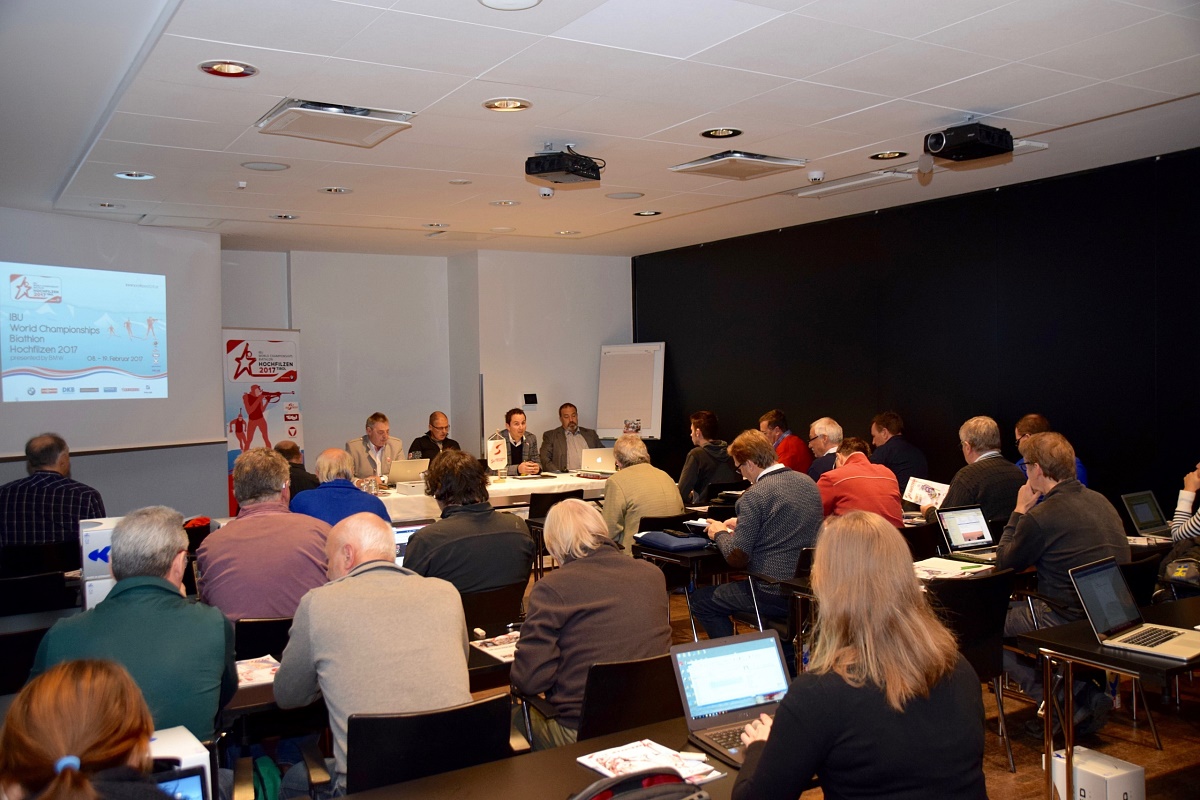 Photo © WMP: big interest in the presentation of the Biathlon WCH at the forum nordicum 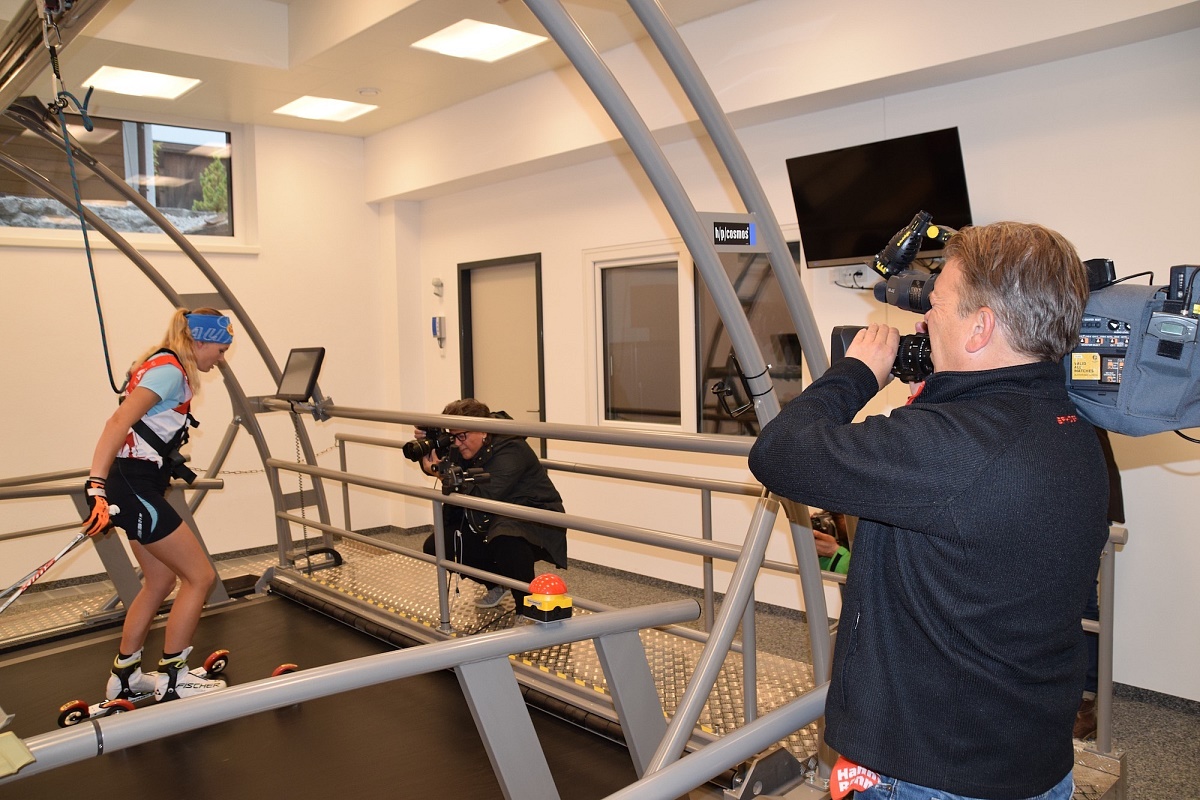 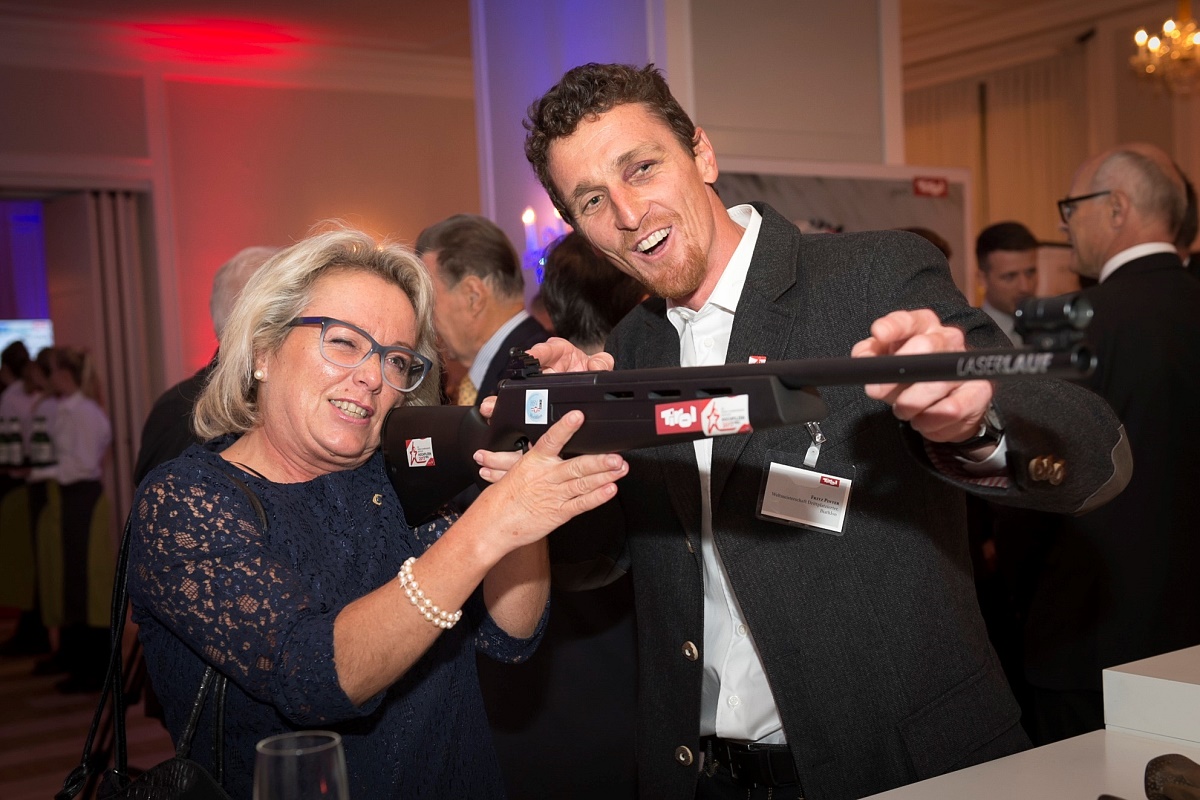